Rent your sailboat in the new port in Stockholm located at the Gashaga Marina and be mesmerized by the charms of Scandinavia.

With its 24'000 islands, the Archipelago of Stockholm is a remarkable natural enchantment offering incredible landscapes and numerous anchorage areas.

From the southernmost point of the archipelago, on the island of Oja to the island of Fejan in the north, this region is a real paradise to rent a yacht or sailboat.

A quiet mooring spot is easy to find in the region. Enjoy the local practice : each house has a mast and swedish flag ; when the flag is down, this means that the owners are absent and we may therefore use their pier.

Discover the video presenting the rental of yachts and catamarans in Sweden :

The Gâshaga Marina is located only 28 minutes of road away from the airport of Bromma Stockholm. Taxis are available when you leave the terminals. Only taxis having an agreement with the airport are allowed to enter the premises. Representatives of taxi companies are present at the airport if you have any questions or if you wish to use a specific taxi company.

You will find a restaurant not far from the marina : « Bryggan » or Restaurant Bridge. This restaurant has a lovely terrace and live music. If you wish to know more about the restuarant, visit their website http://restaurangbryggan.se/.

Pier 16 is another restaurant near the marina. On the menu: different varieties of pasta and seafood inspired by Italian cuisine. 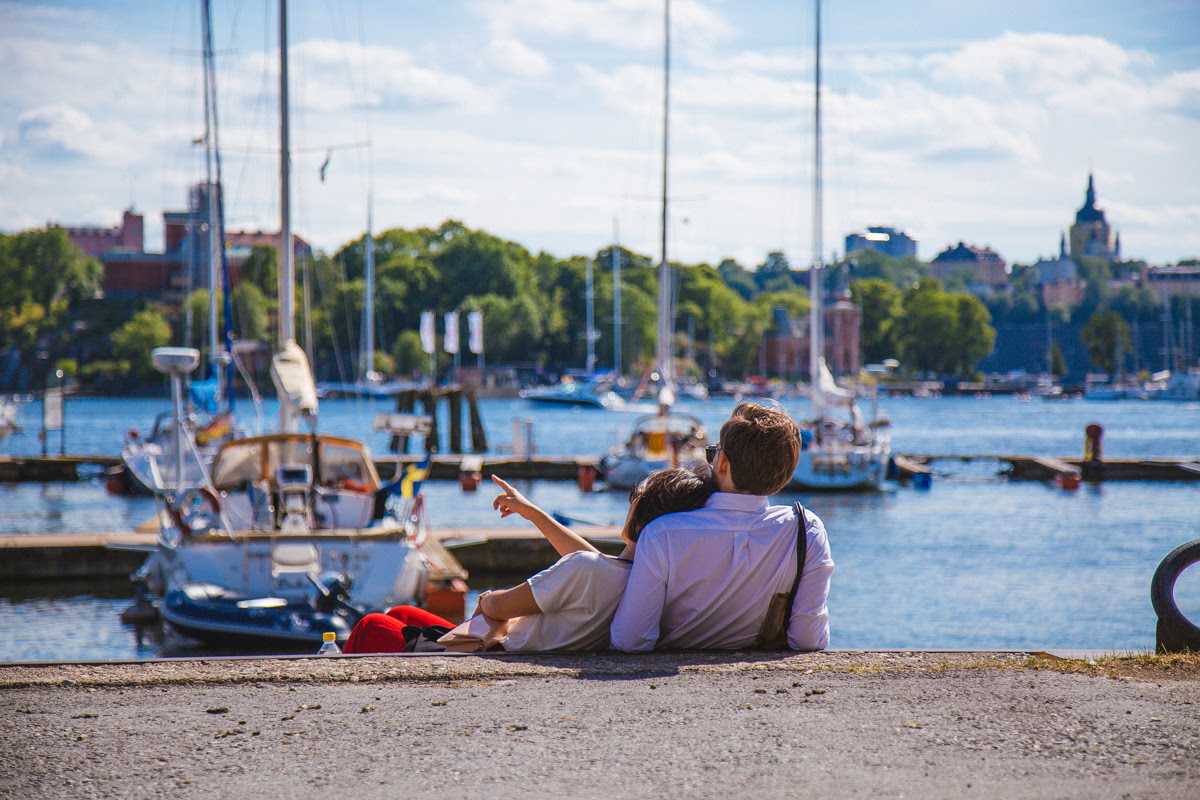 The top 10 attractions and visits not to be missed :

- The old town of Gamla Stan

- The musuem of Vasa (Vasamuseet) : The Vassa is the only 17th century ship in the world to have been preserved. The discovery of more than 95% of the original parts and hundreds of intricate carvings and sculptures on board the Vasa have made it a unique treasure and one of the most popular touristic attractions worldwide.

- The Skansen musuem : the most ancien outdoor museum of the world which shows the living conditions, the works and the way of life which existed historically in the different regions of the Swedish kingdom.

- The Royal Palace of Stockholm : evidence of the Swedish history, buiit between the 12th and the 18th century.

Various other museums, art galleries and architectural gems are worth the visit in Stockholm. Not to forget the Swedish gastronomy!

The sailing conditions and the climate are particularly good between the months of May and October in the Archipelago of Stockholm.

The average temperatures vary from 16 degrees in May or September to 23/25 degrees in July and August with certain records up to 34 !

The water temperature is more tempting than in Britain, with averages in July and August going from 20 degrees to 22 degrees. Furthermore, the sunshine is more than exceptionnal ! 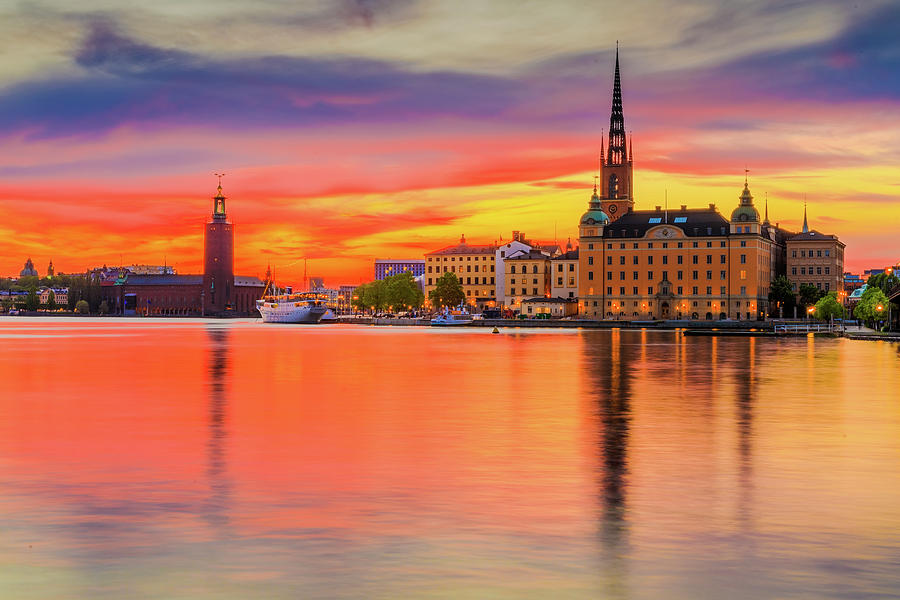 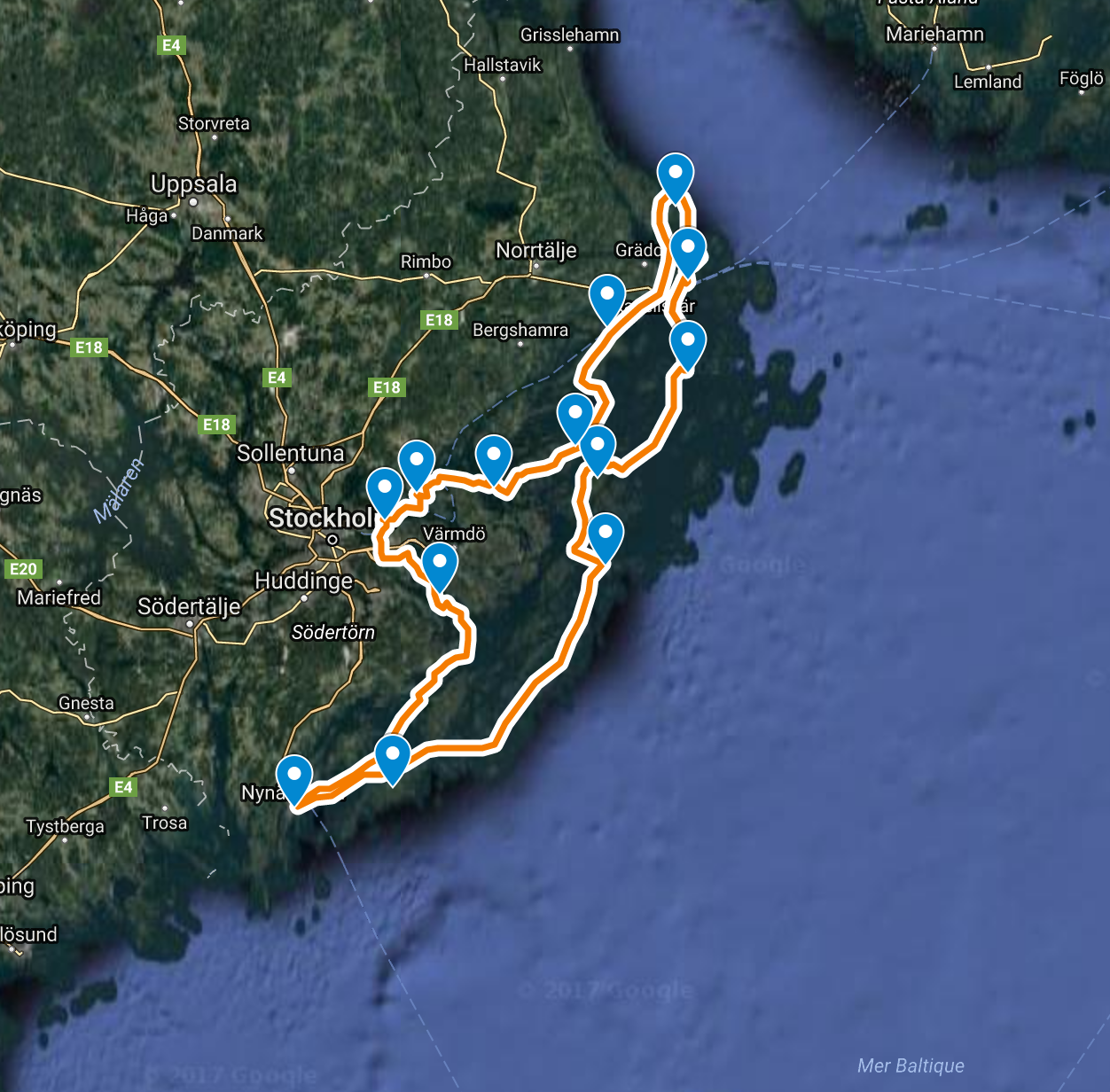 Discover Sweden by departing from Stockholm. Click on the map below for more details.