Whether you prefer farniente or are an adept of water sports, whether you would rather visit natural parks or dance the night away in reputed night clubs, there is everything to make everyone happy in the Balearic Islands. 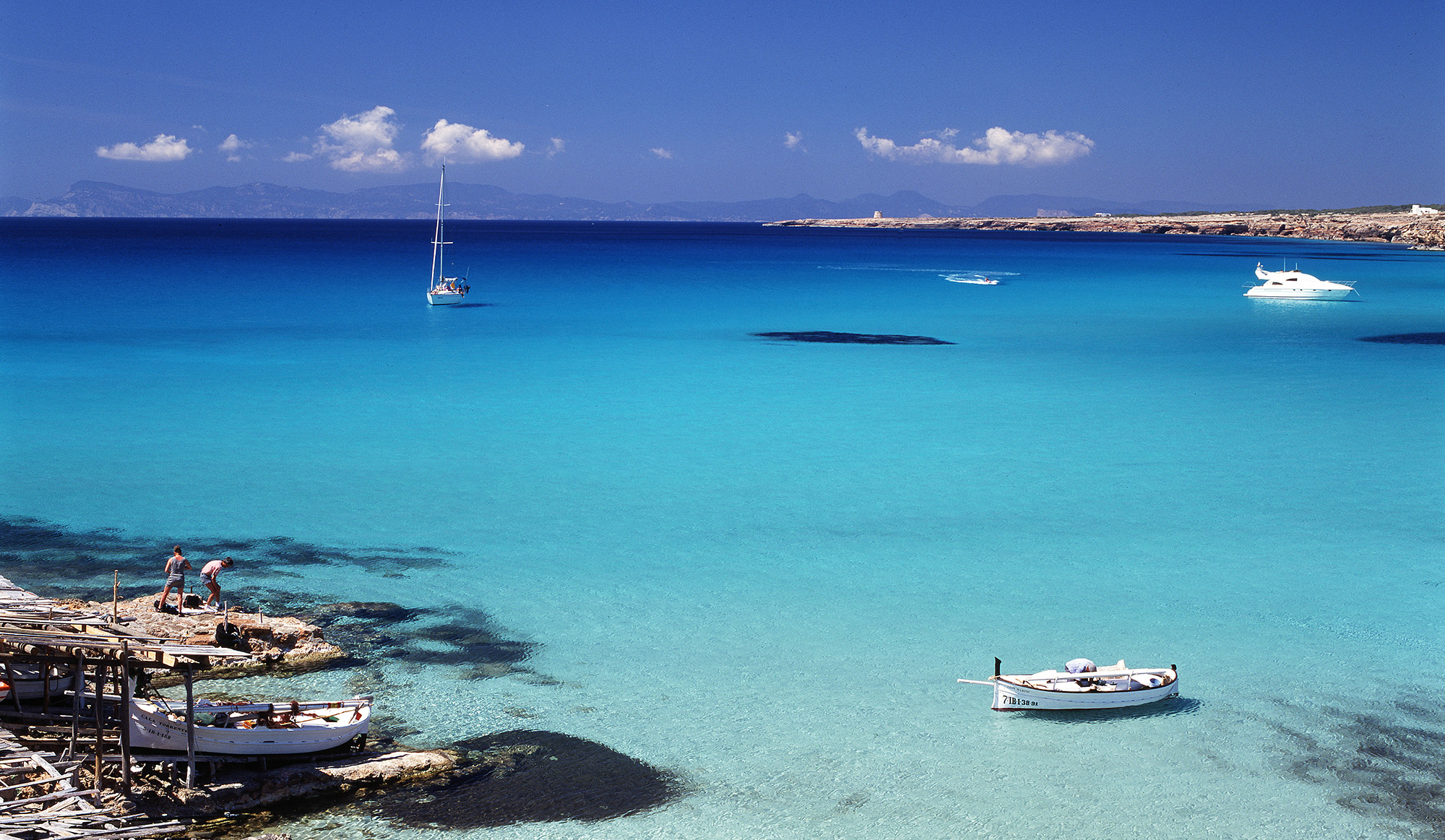 The Balearic Archipelago is found off the oriental shores of the Iberian Peninsula. Functionning as an autonomous community, these islands are among the most beautiful and popular ones of the western Mediterranean coast.

They are ideal for chartering a sailboat or catamaran. There are 4 main islands : Majorqua (the biggest one), Minorca, Ibiza and Formentera. These 4 islands have more than 360 sandy white beaches all together. There are also smaller islands or islets, such as Cabrera, which are worth the stop. Majorca, Minorca and Cabrera form the Gymnesian Islands. Ibiza and Formentera are commonly called the Pityusas or more informally the Pine Islands (maybe an ancient reference to the pine trees). Other than its beaches, the stunning caves are a must see. The most popular ones are the Caves of Drach on Majorca with its impressive stalagmites and stalactites and an underground lake. Ibiza is well known for its animated night life. 13 wine producers live on the Archipelago and wine is produced on these islands since ancient roman time. The National Park of the Cabrera Archipelago is made up of 19 small islands and islets at around 10 kilometres from the south of Majorca. The Park is host to various species of sea birds and its waters teeming with dolphins, whales and other marine animals. With nearly 300 days of sunshine each year, its splendid beaches, its crystal clear waters, a rich cultural history and welcoming inhabitants, the Baleric Islands attract thousands of tourists from different continents. Whether you prefer farniente or are a water sports adept, whether you would rather visit the natural parks or acheological ruins or dance all night in internationally reputed clubs, there is everything to make everyone happy !.

Have a look at our presentation video of the Balearic Islands made by our team :

The port is found at Sant Antoni, 20 minutes from the airport of Ibiza. From there, you can discover the small island of Es Vedrad and sail in the direction of Formentera.

If you are departing from Spain, the cruise in direction of the Balearic Islands will take around 10 hours.

Ask for a fast quotation

The prevailing winds generally blow from the north at a maximum of 15 knots. Probabililty of strong winds is higher between October and April. The Sirocco (south) and the Mistral (north-west) are tempered by the Gulf of Lion and cause rough seas. Minorca is known as the Windy Island due to a cold and dry northern wind called the Tramontana. This has also led to the popularits of the island for sailors and windsurfers / kitesurfers.

Suggested routes (click on the map for further details) : 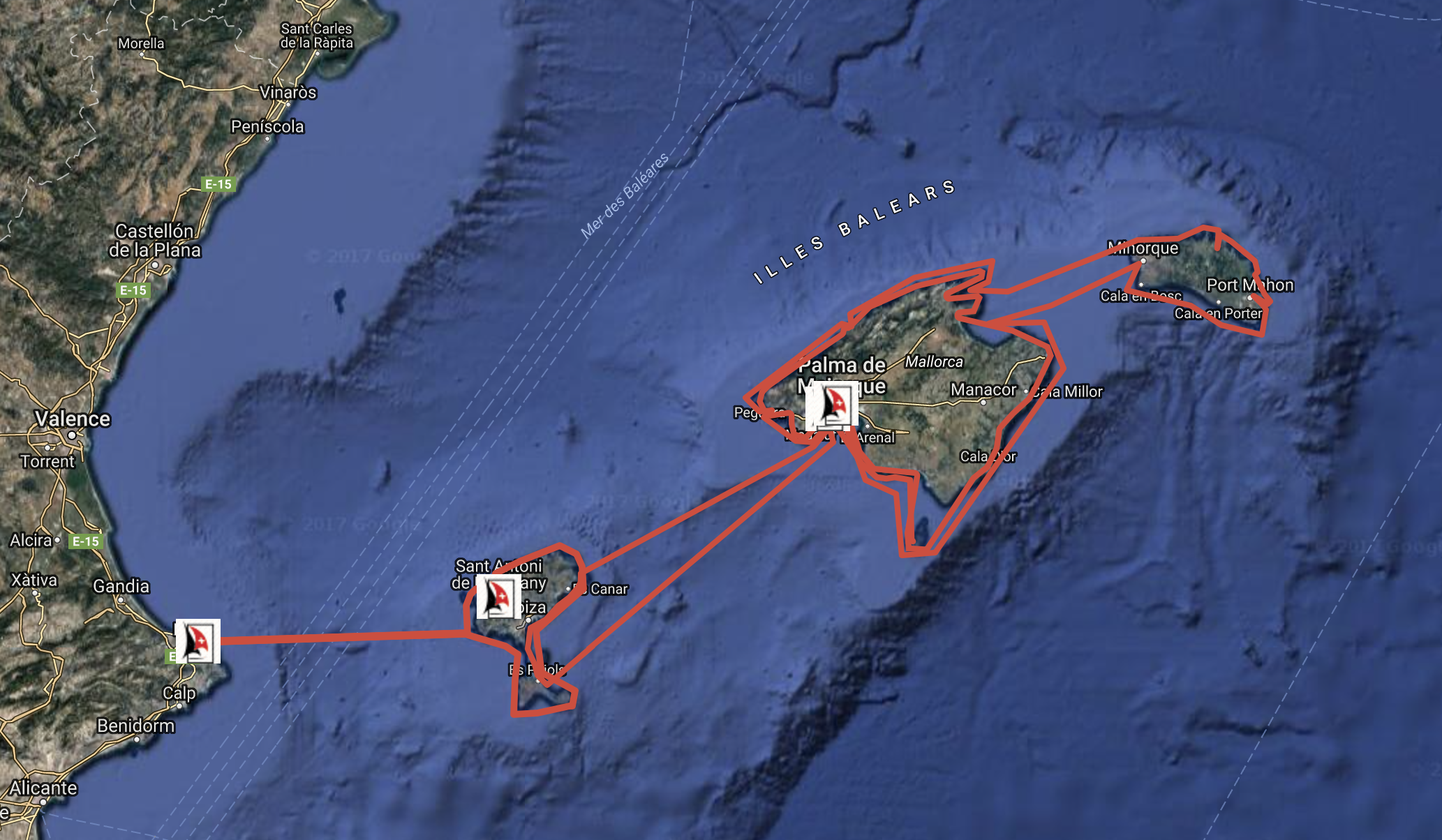 Our boats are ideally located at the following places (click on the map for further details) :